I’ve long loved the idea of a small boat, as in no more than 10 feet long, that I could use for adventures on Washington state’s Puget Sound.

Why?  Well, let’s just begin by saying it isn’t a logical desire, it’s built on some fantasy and fantastical thinking.  I’ve read every book on small ocean voyages, from Robert Manry to this fellow, who, as of this writing, is ready to head out for his second try at an ocean crossing. 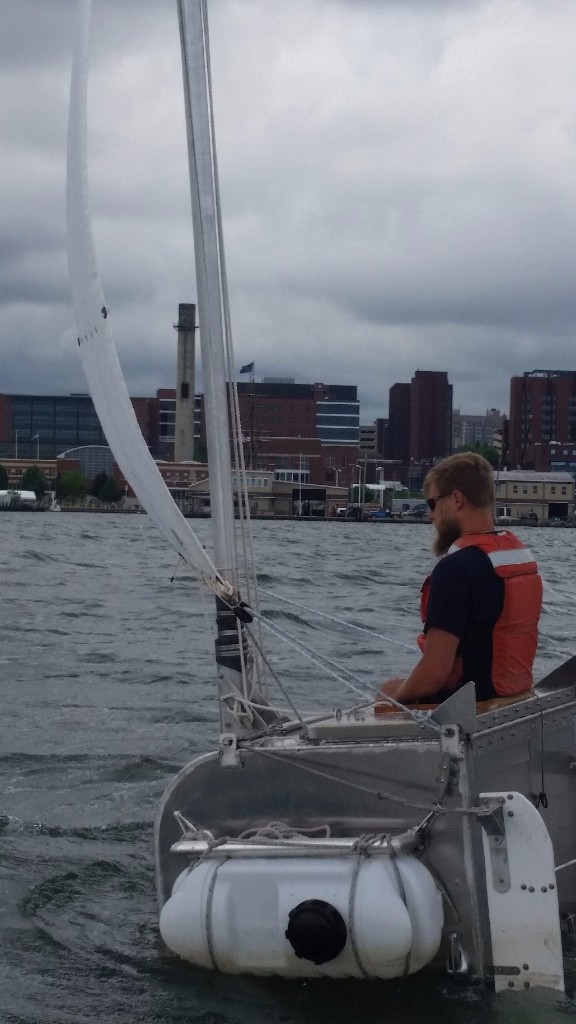 His boat is one meter long.  I wish him well.  A part of me wishes I had the nerve.  Another portion is thankful I don’t!

So let’s just say, they ring my bell.  I like unusual.  I am nuts.  Your choice.

I’ll honestly say I started to build two tiny ocean-going vessels, one 8 feet and the other 10, but reality and my work situation lead to their demise.

I ended up building a puddle duck, a far more reasonable choice.  It worked… fine, though I need a better trailer for it. 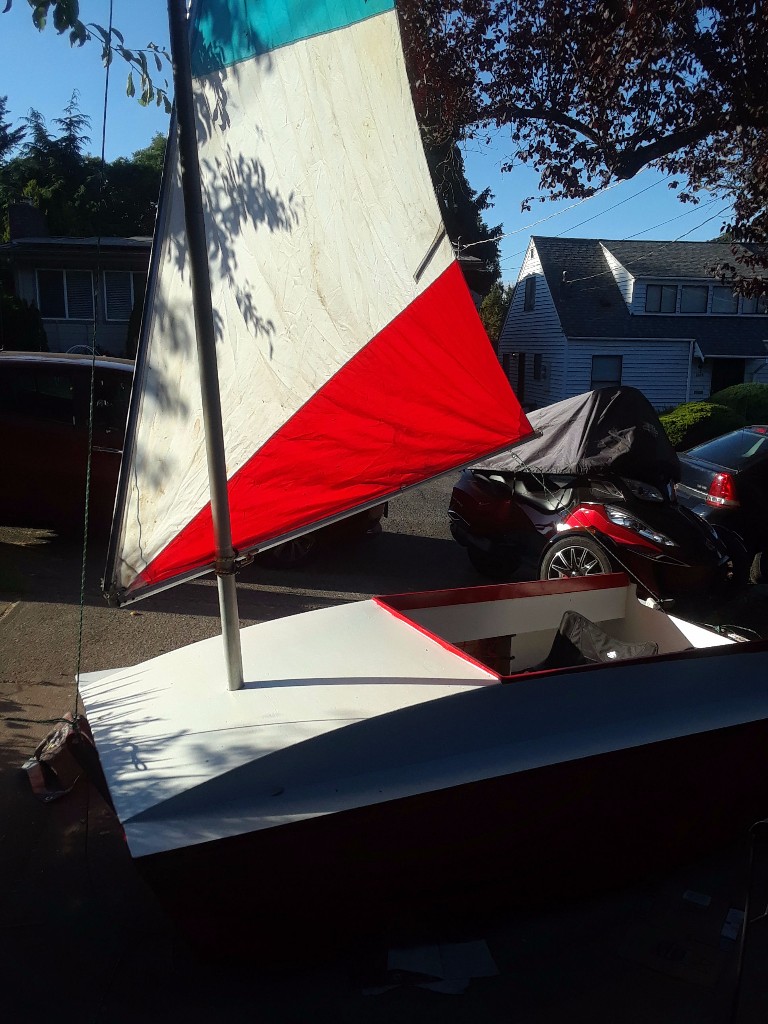 Which reminded me of a boat I daydreamed about for weeks, the B’Tugly, renamed as the AiT10.  As the designer, Dave Zeiger, said,

“This hopeful monster was originally doodled for the AIT (Around In Ten) Race. At the time, the deadline was approaching, and it had to be buildable in two months to qualify (the race has been delayed). Also, some entrants were low-budget adventurers. I believe B’TUGLY could be a contender in any event.

It’s main feature is the mid-body well, into which one can strap oneself when the going gets wild. It maximizes interior space and view. Not shown are the probable bearing board and trim tabs aft (to keep the end from squatting in a planing run) and rudder plate.

I’d probably use a different sail plan… just tried this one on for size. Cat yawl or stays’l rigs fit the interior.”

Which lead to me doing a lot of work on the design in Sketchup.

As I remembered the boat I thought… could/should I build it?   Hmm.  I won’t cross oceans, but what about using it as a mini-shantyboat that can at least let me survive if big weather hits at the wrong time.  Yes, I know, there are easier and most likely smarter ways… but humor me.  I just might… maybe… well, at least I’ll dream about it.

Learn more about B’Tugly here.  These are minimally priced plans that would get you started on the idea. 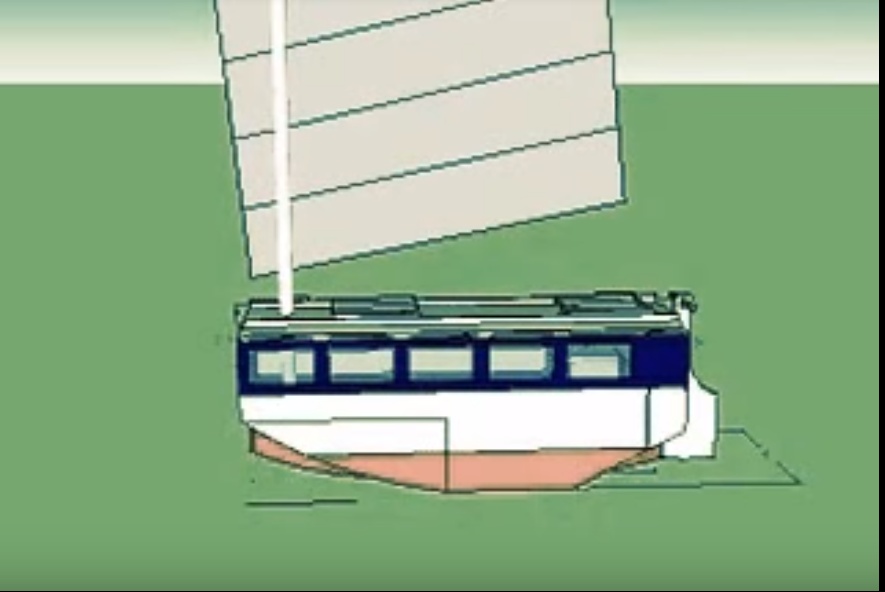 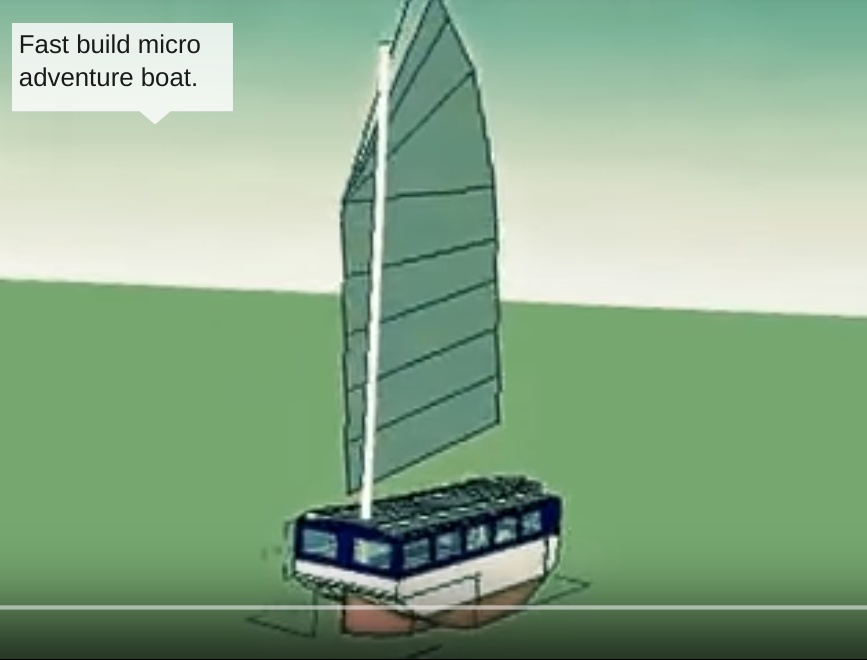 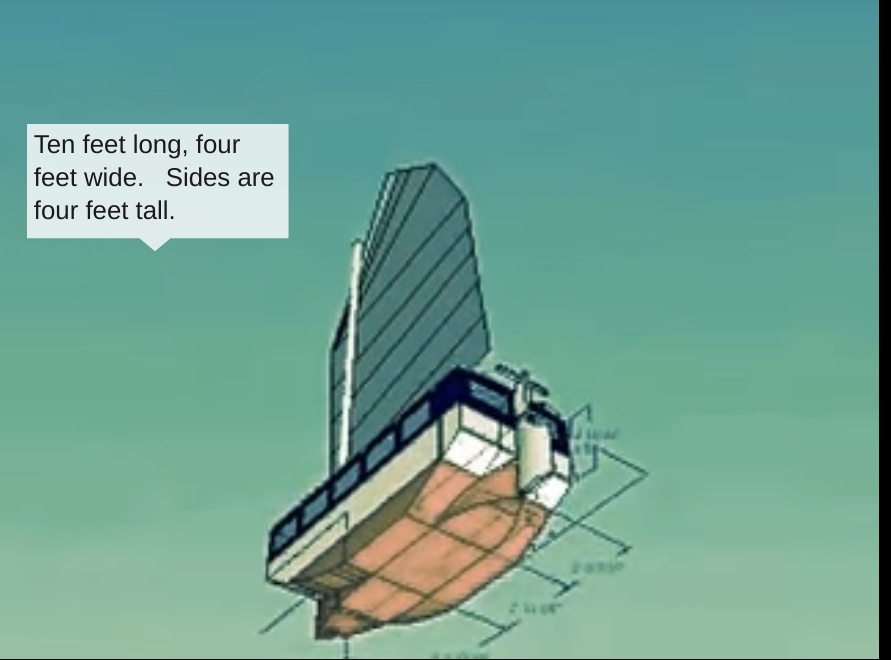